Can we call extract a necessity in the kitchen? Most likely no. But, the, that this device is very useful, confirms its owner almost every. We have decided to establish themselves in the kitchen hood? Then read it with more detail. 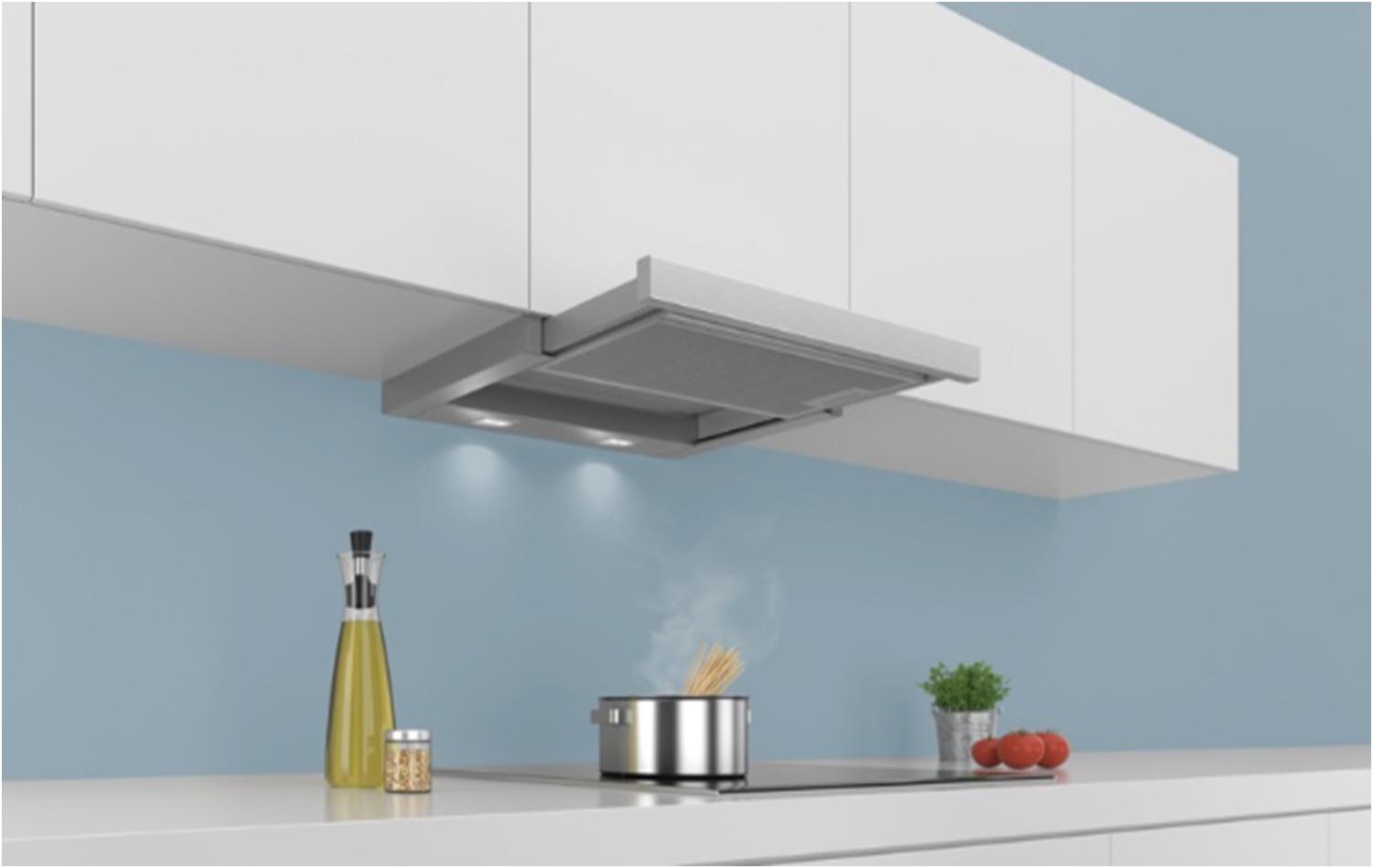 What does the extractor fan

Cooker hood - a useful device, helps the air to "unload" in the kitchen when cooking. When food is cooked, especially on a gas stove, in the products of combustion air stand, as well as fat splashes, soot and saturated odor. All this and is able to absorb the extractor hood, wherein the air filtering particles.

Otherwise, if you ignore the purchase of this instrument, then get ready to, that all the "side effects" of cooking will settle on the walls, ceiling, kitchen furniture. And it will give extra work: because the need to direct the purity of the premises often, and may even conduct cosmetic repairs. Besides, hoods in the kitchen will give the room a modern look.

A new kitchen hood must be chosen not only on the overall interior of the kitchen, but also with regard to its operation and location.

so, drawing on the principle of action are the following: 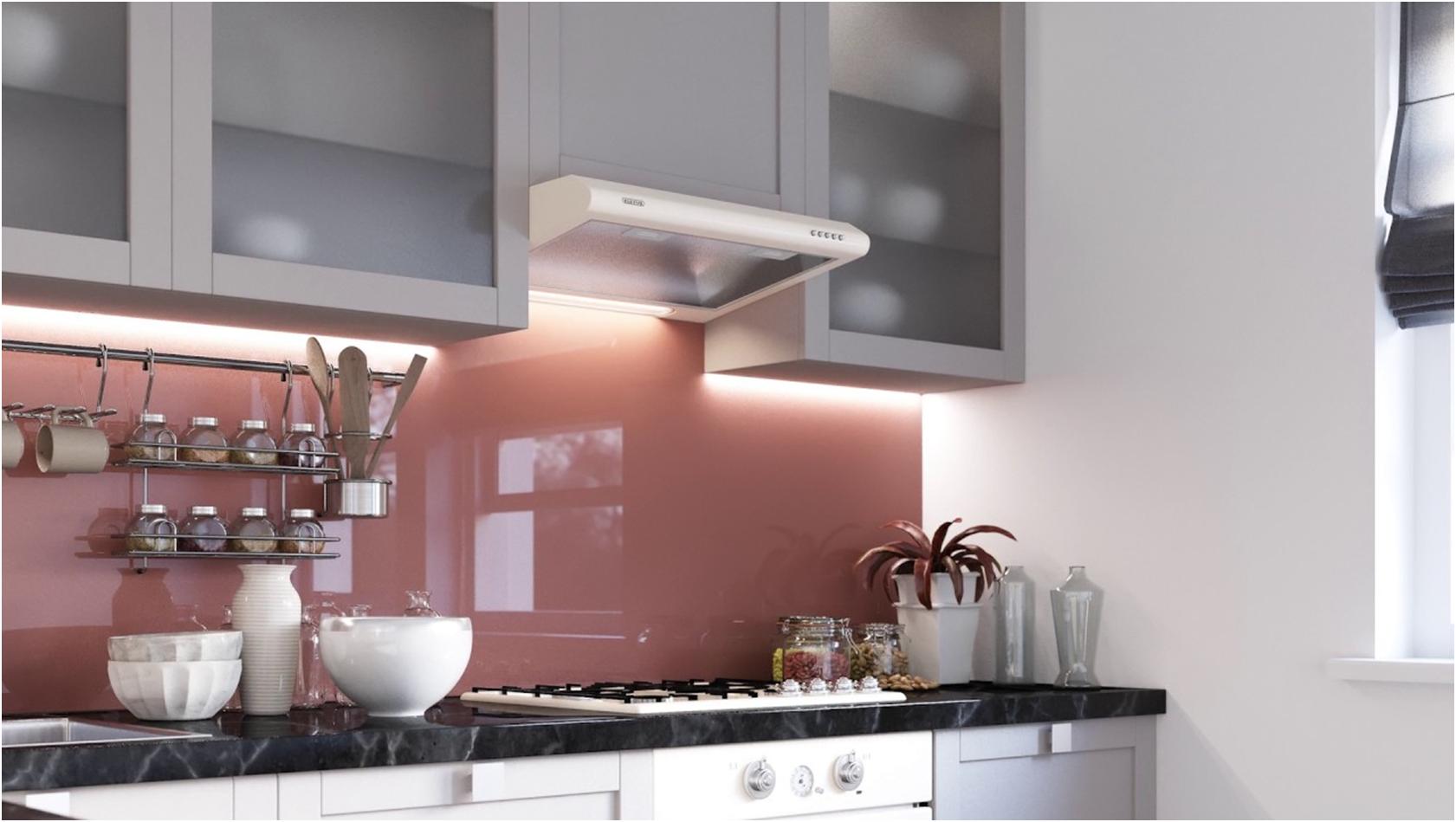 Types of hoods for the type of installation

There are a number of filtration devices for the kitchen facilities. Hood design in the kitchen depends on the mode of installation: 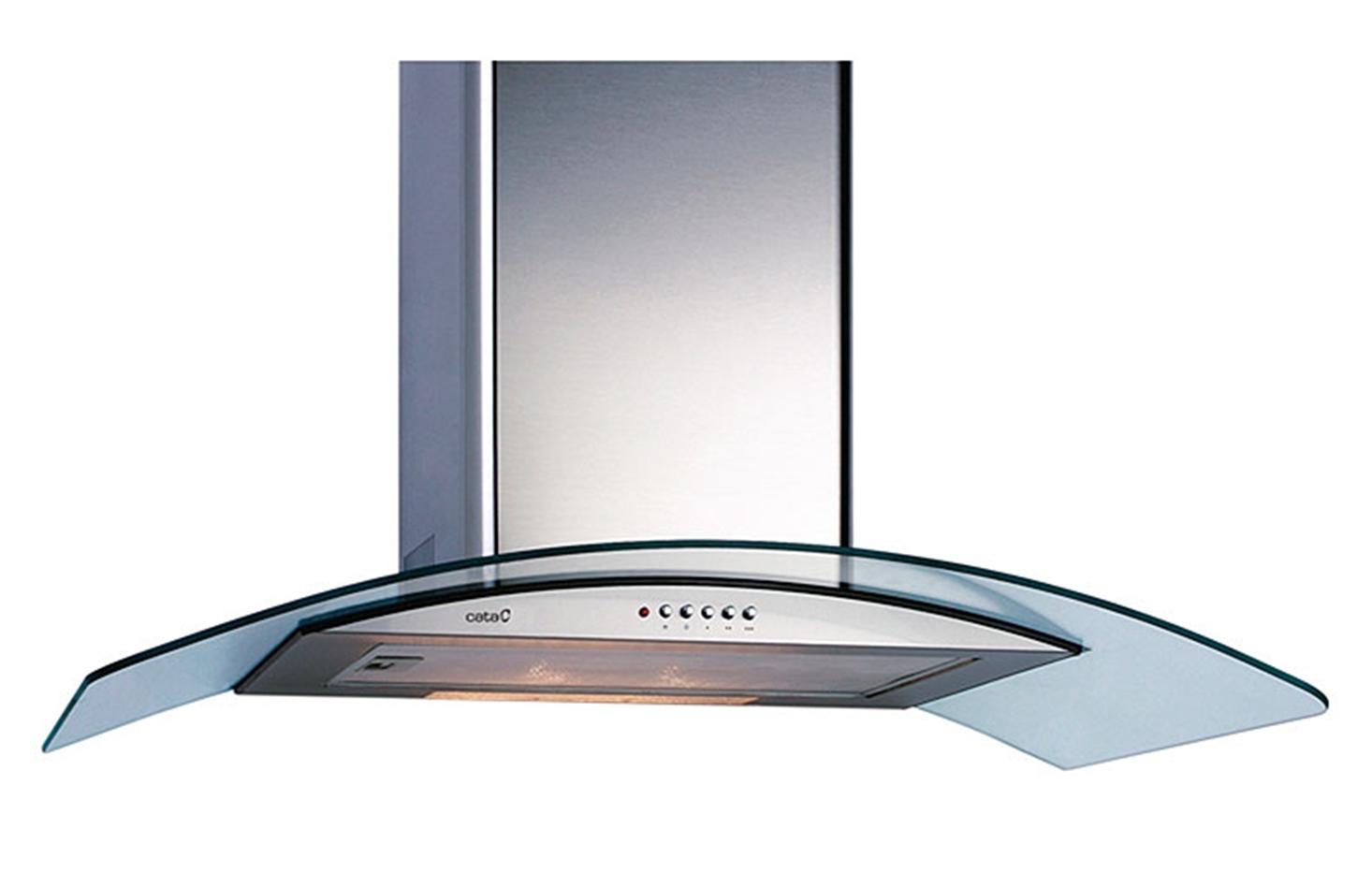 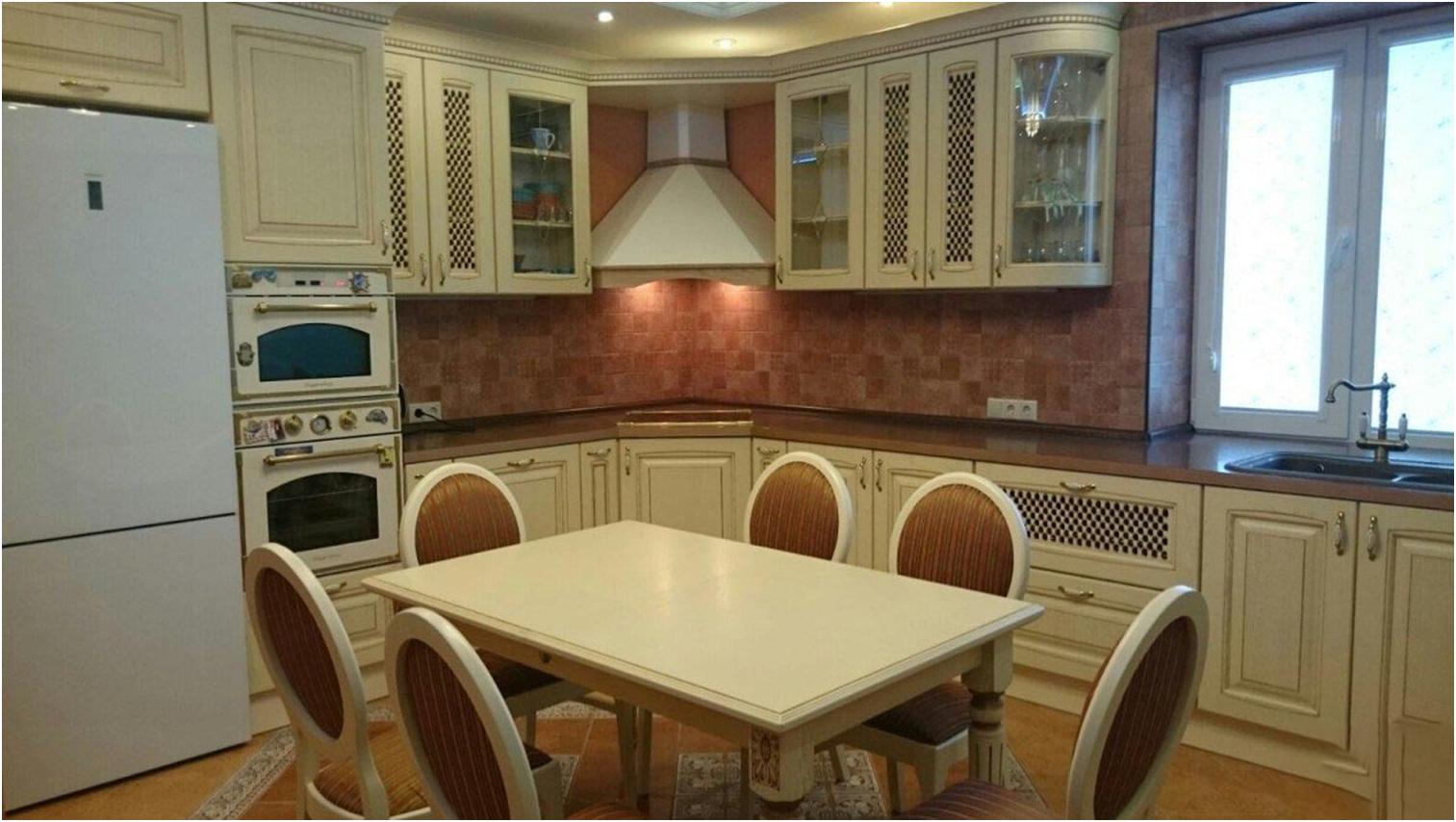 Kitchen design with a sloping hood - a modern view of the arrangement of the interior space.

Inclined extractor possesses improved modification. It has a tapered duct, through which air circulates at a higher speed. This affects both the, that such extracts are endowed with a good capacity.

The advantage of these filter devices is that the kitchen, they are universal for any kitchen style. One has only to choose the right model parameters and the desired color. for example, Art Nouveau glass suitable for the kitchen range hood. 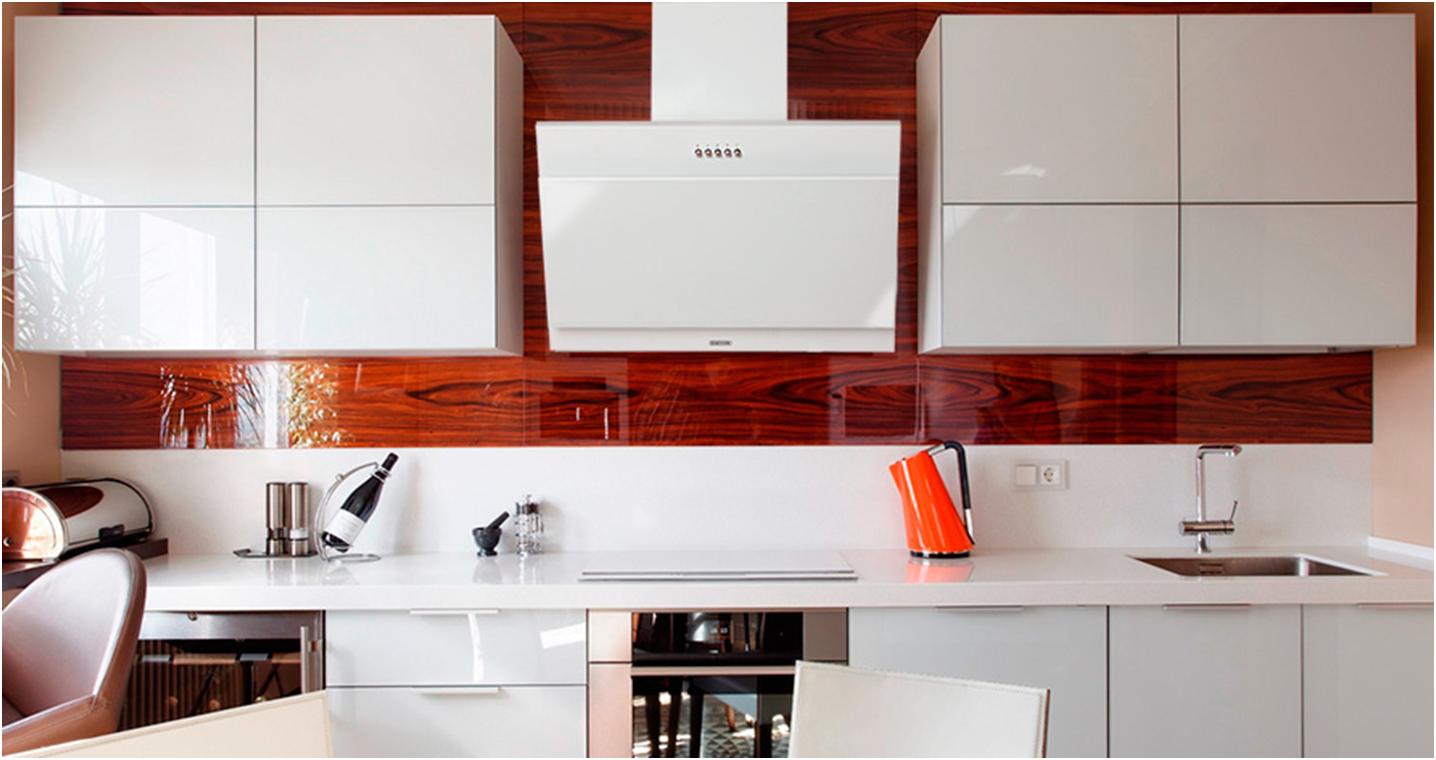 Built-in cooker hoods to the challenge 50, 60 and 90 cm: customer preference

Kitchen with extractor fan, which is equal to the width 50 cm, are some of the sought parameters with regard to dimensions. The most popular species are: 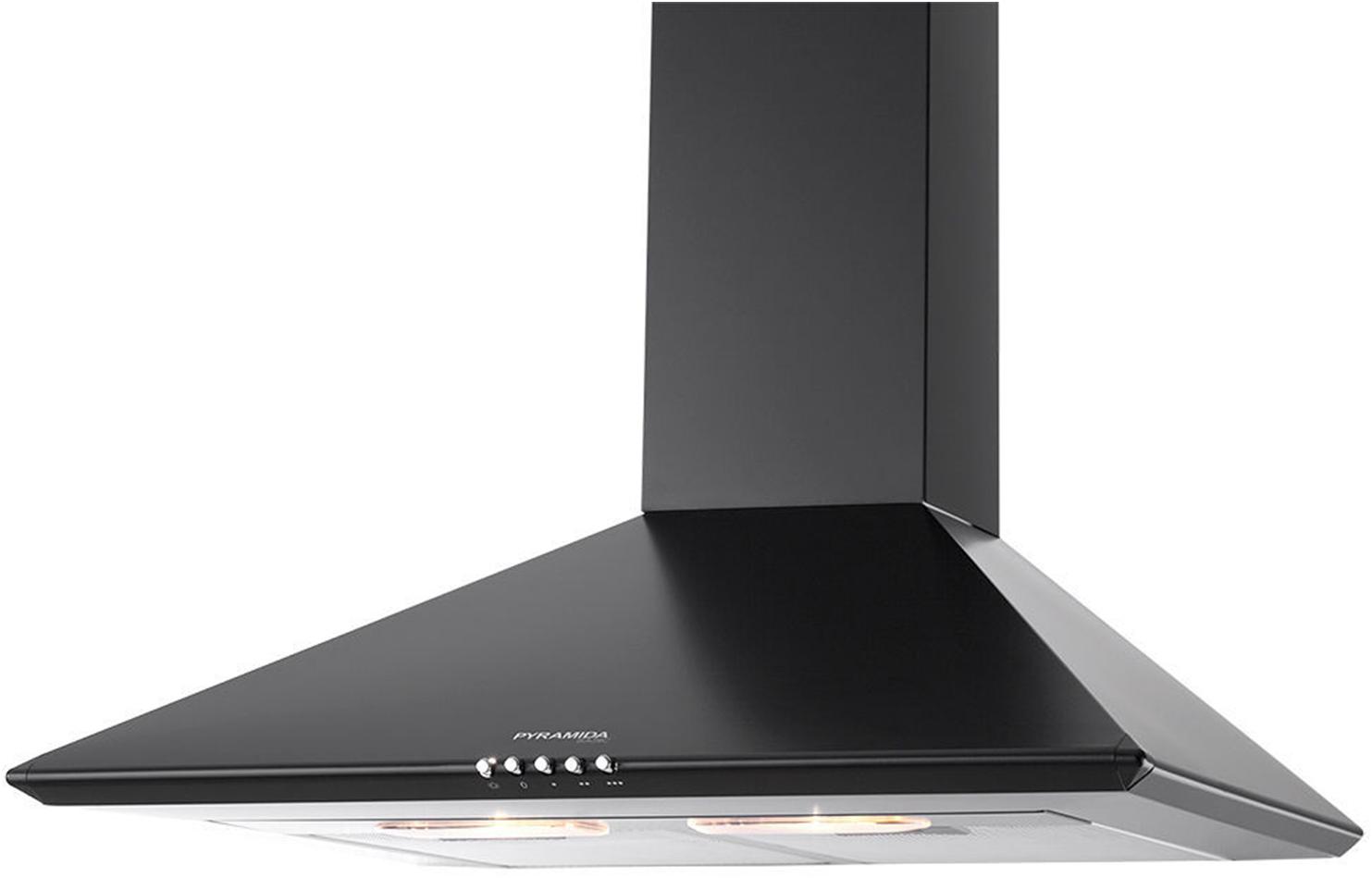 model, width 90 cm, unlike previous, not in great demand among buyers. This is due to difficulties, which arise during assembly drawing.

Hoods, in addition to the exterior design and principle of operation, may vary and set the filter type: 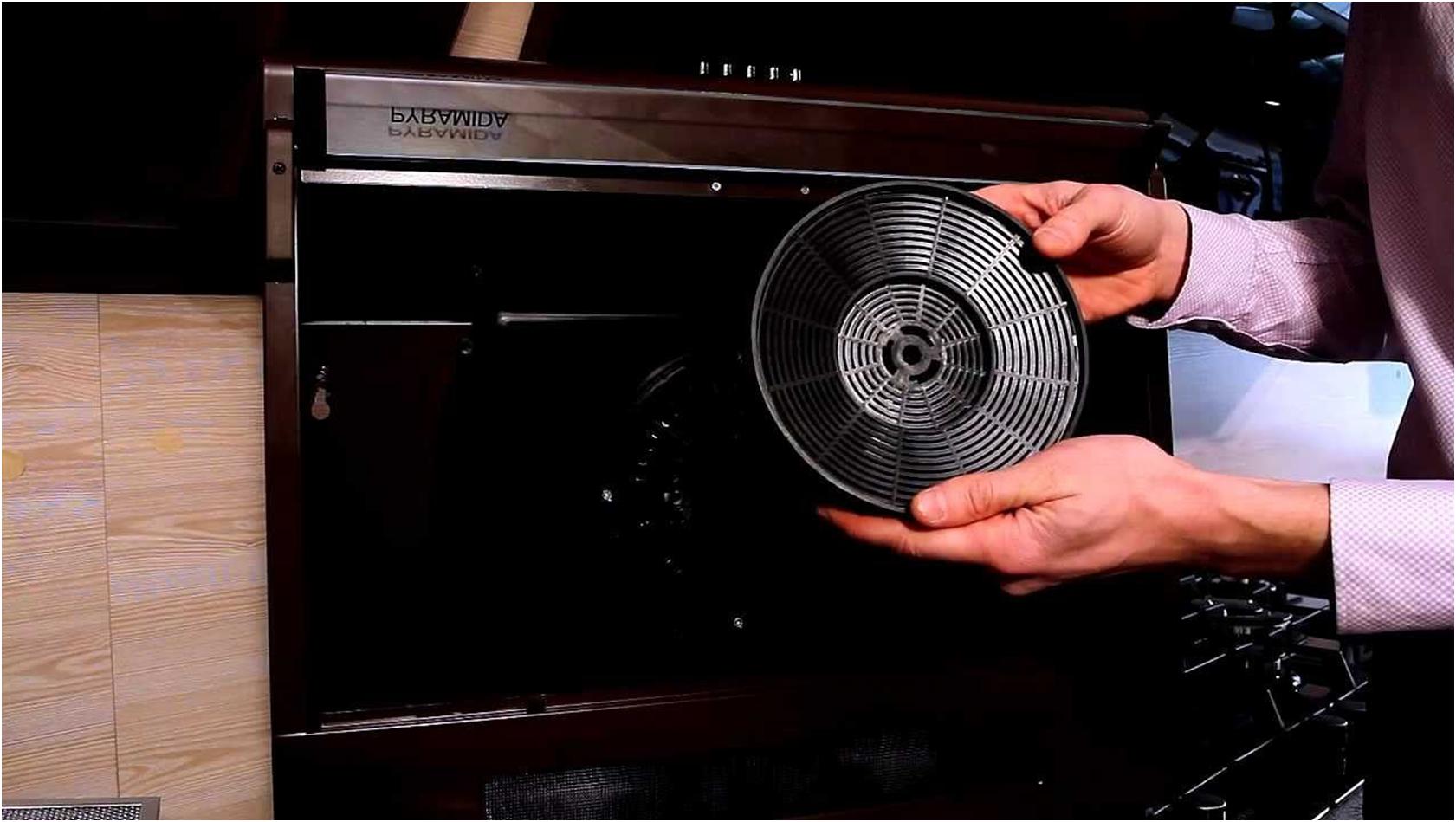 What to look for when choosing a hood with carbon filter? First, is to determine the views of selected extracts. Most convenient are planar devices with recirculating type of action.

The box for the drawing is intended, to hide the unsightly appearance of simple devices variants. Embedded conventional and telescopic hood most often are masked in a box, with the difference, that usually just placed over the stove, and telescopic also nominated.

Usually, box for drawing ordered with kitchen unit. it is a wall cabinet, within which the stretching elements are located, vent.

Photo hoods for the kitchen in a box. 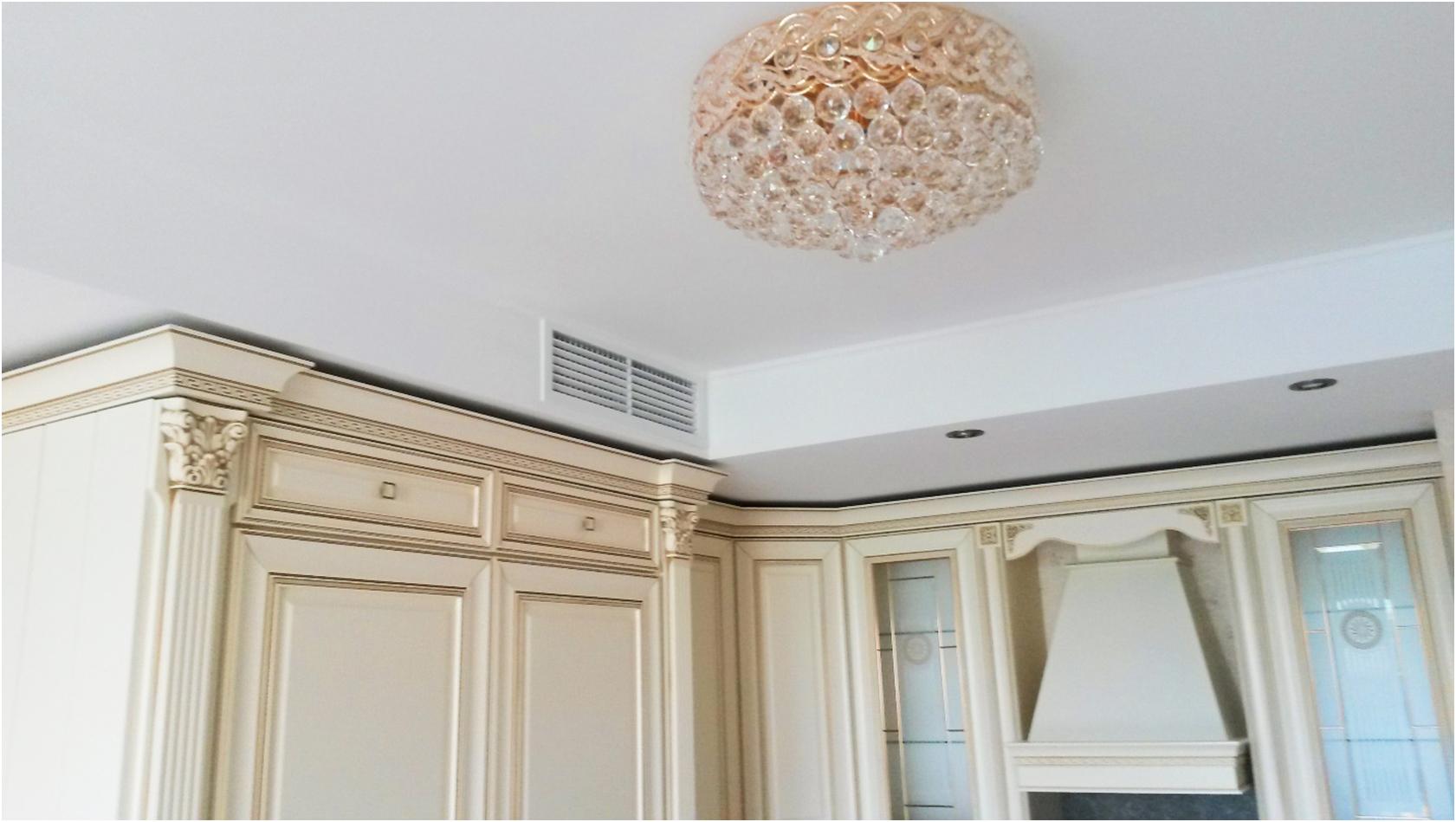 Since there are various examples in the kitchen hoods, and consequently their control methods will vary.

Tips, how to choose and buy the best

When choosing a kitchen hood must pay attention to its performance:

Ranking table of prices for the best models

Statistical data 2016 year brought the most popular models of hoods, and presented their prices:

The range of Leroy Merlin allows its customers to choose the kitchen hood on any income and external preferences.

The most popular models, best-selling, They are as follows: 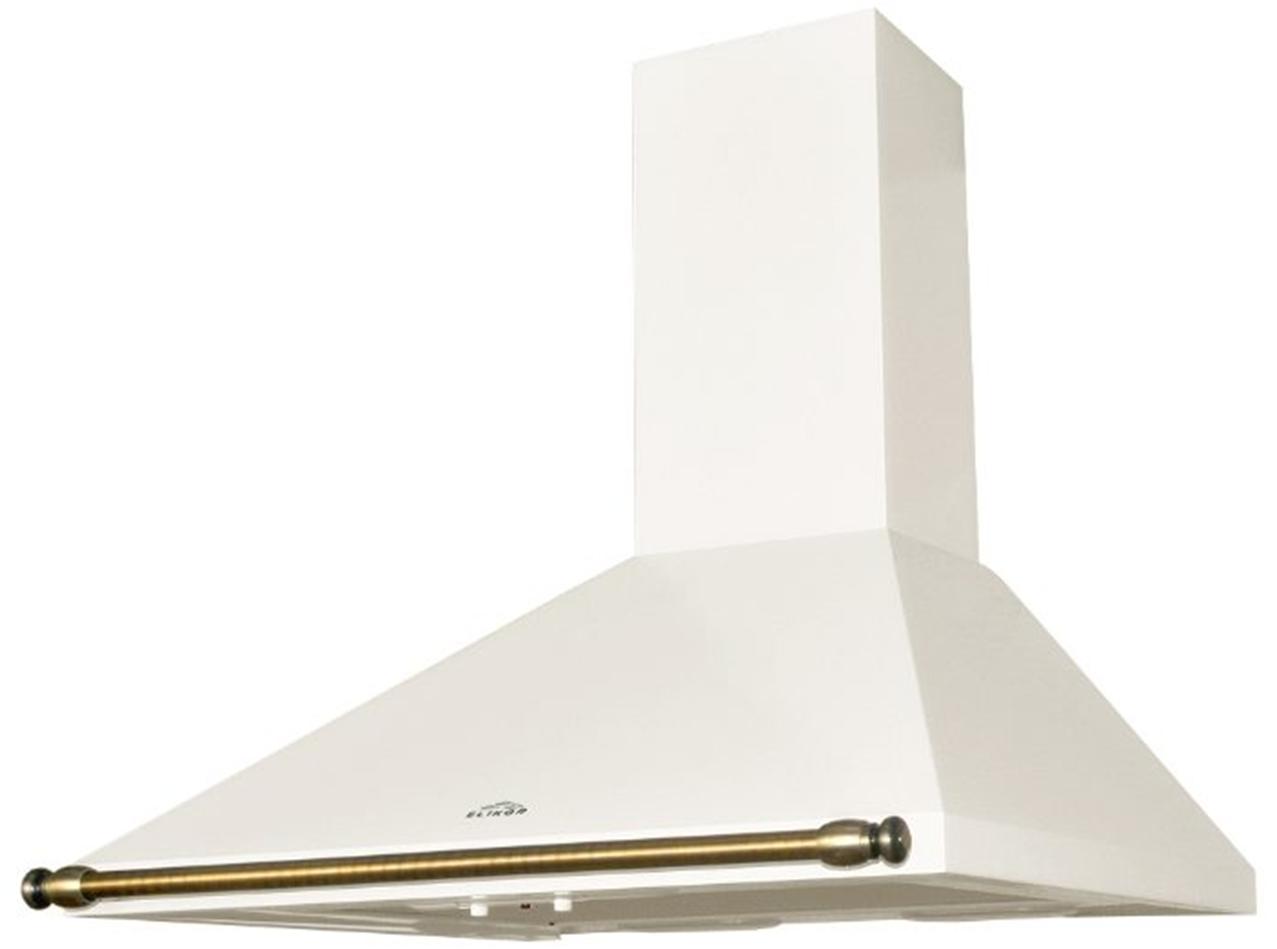 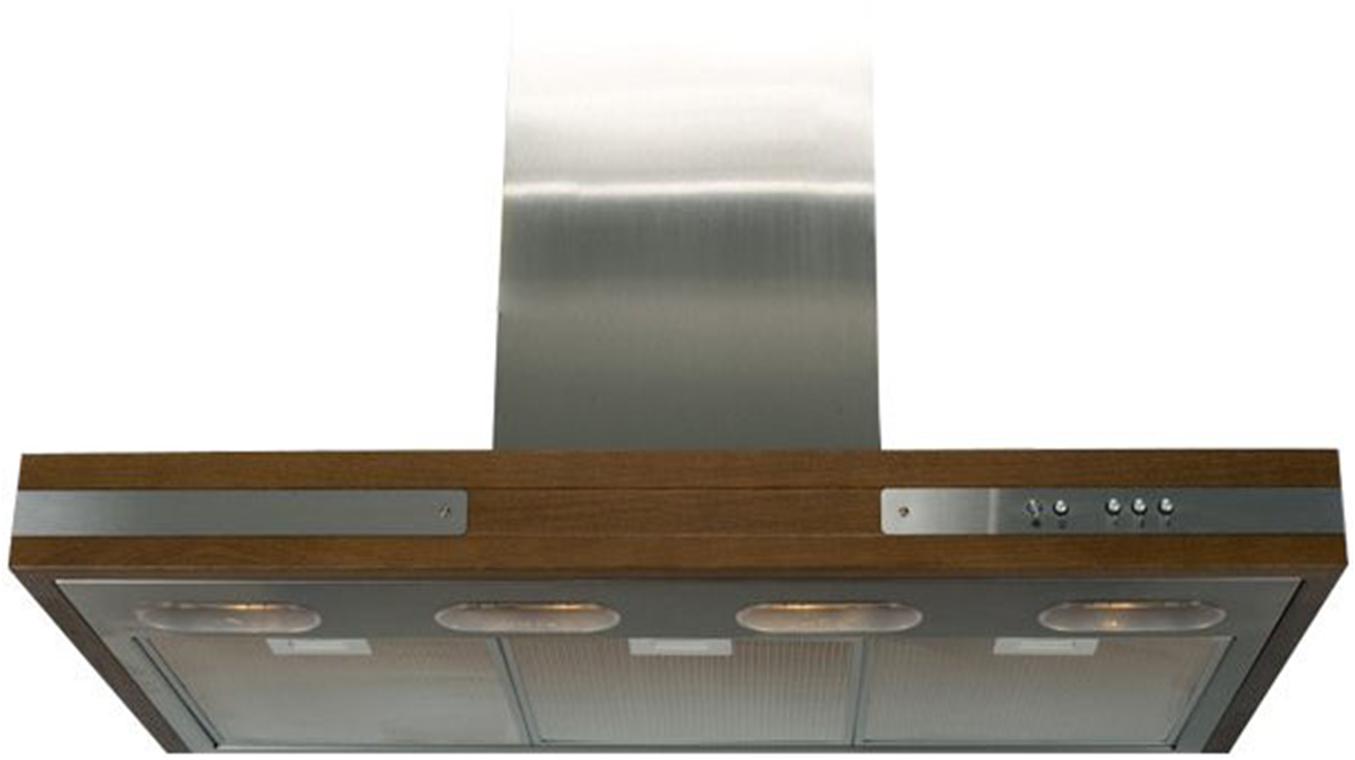 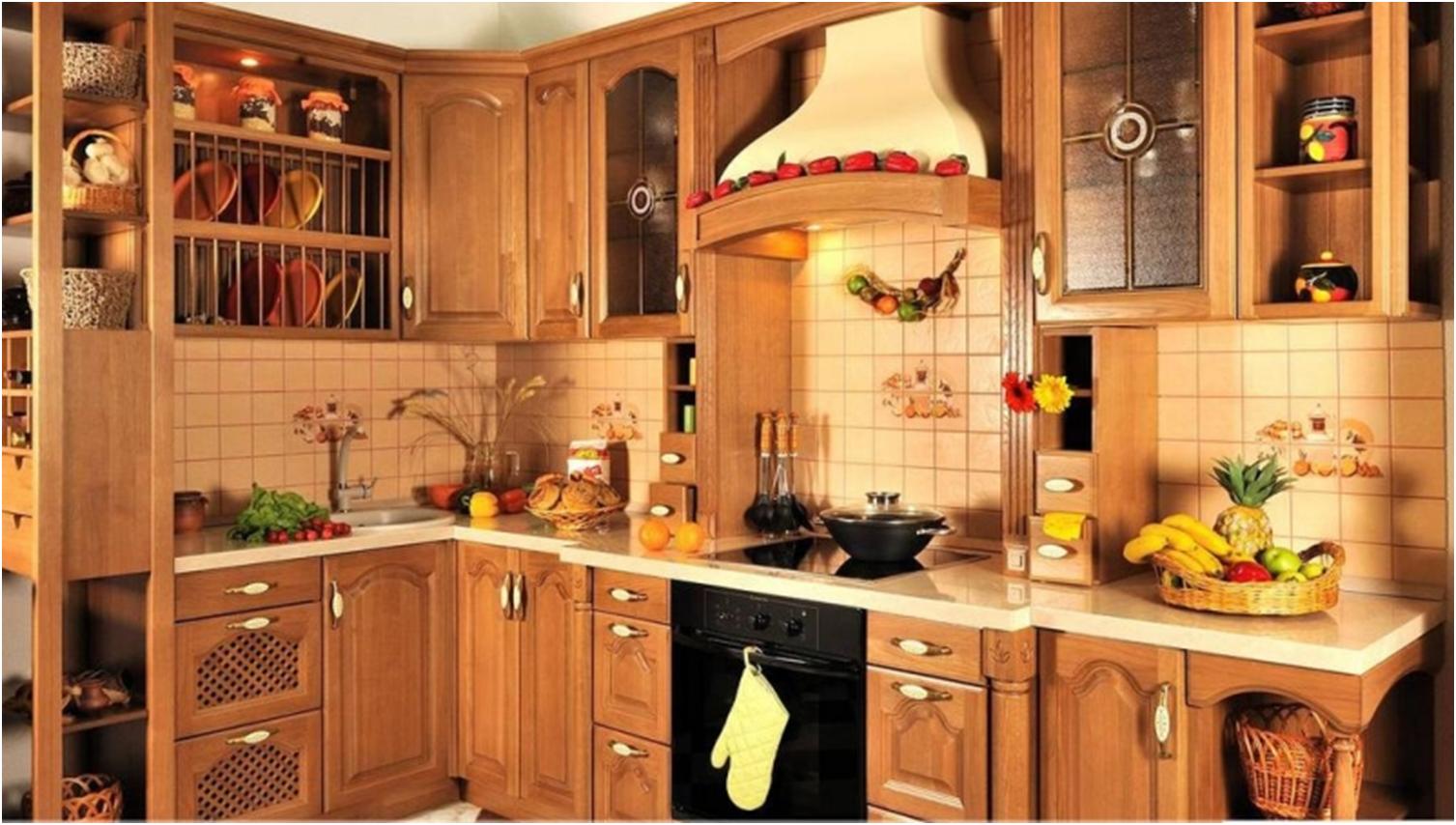 Extractor fan in the kitchen design 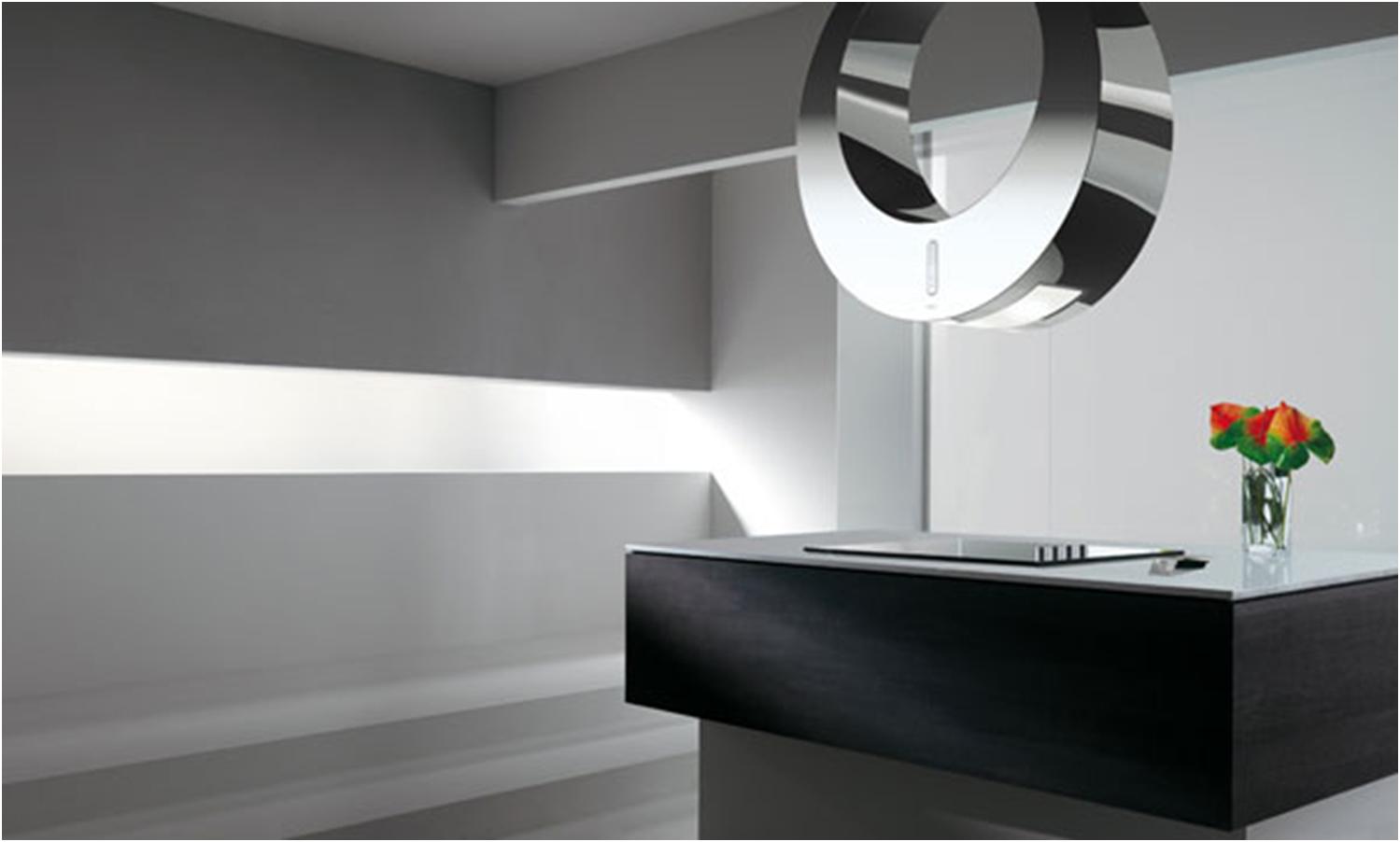 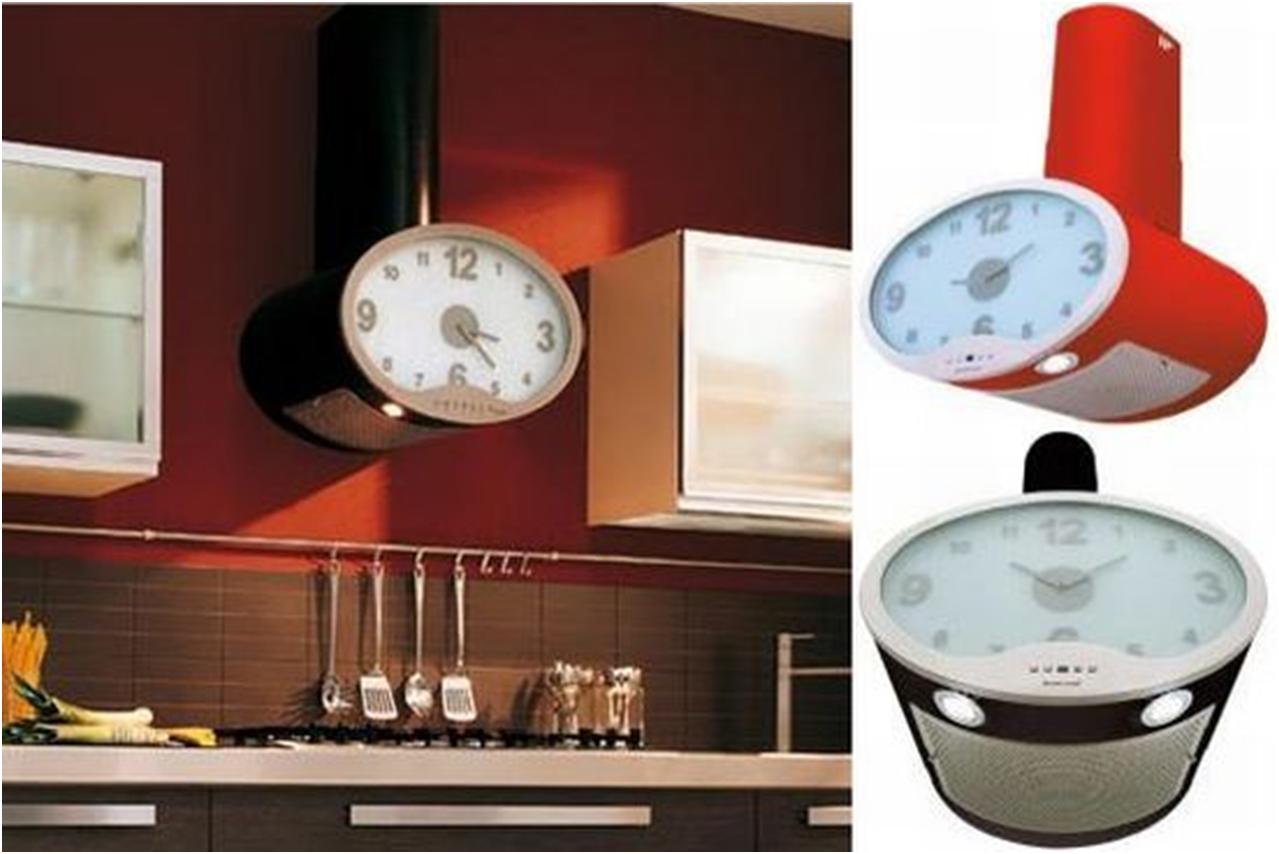 White hood in the kitchen 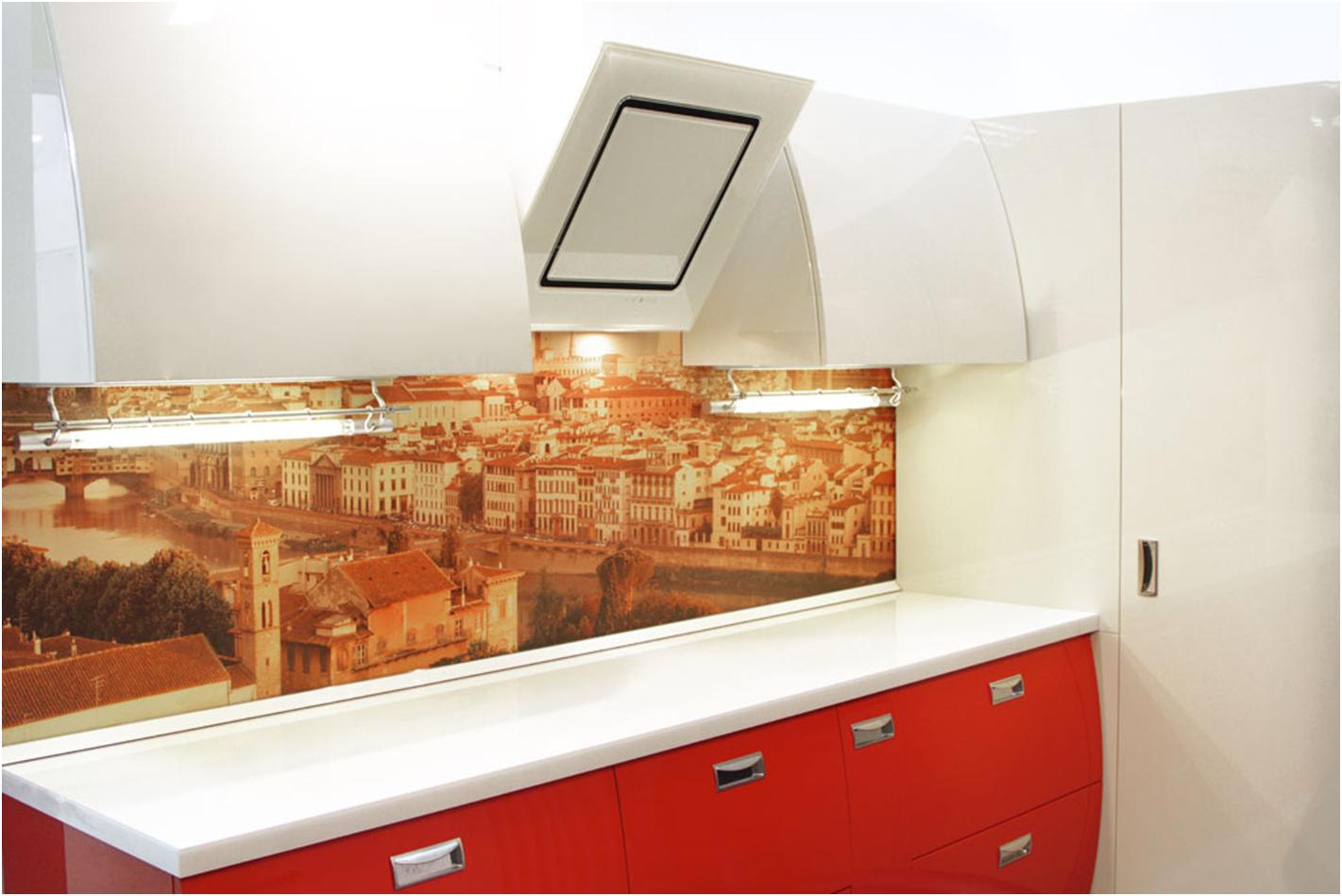