System «No Frost»: when the automatic defrost - not magic

Not so long ago, when people did not know, that someday will be «No Frost» Technology, poor hostesses had their own every month to defrost refrigerators own. It was really difficult and unpleasant: I had a long time to pull out numerous products, fight ineevymi and ice heaps, accompanied by careful movements rags. Luckily, nowadays lovely women (but somewhere and men) You do not have to spend half a day on things, because in every hardware store is now easy to find a refrigerator with the function «No Frost». Today in this article we'll analyze, What is «No Frost» in the refrigerator, how the system works and what are its variations can be found, and a little more. 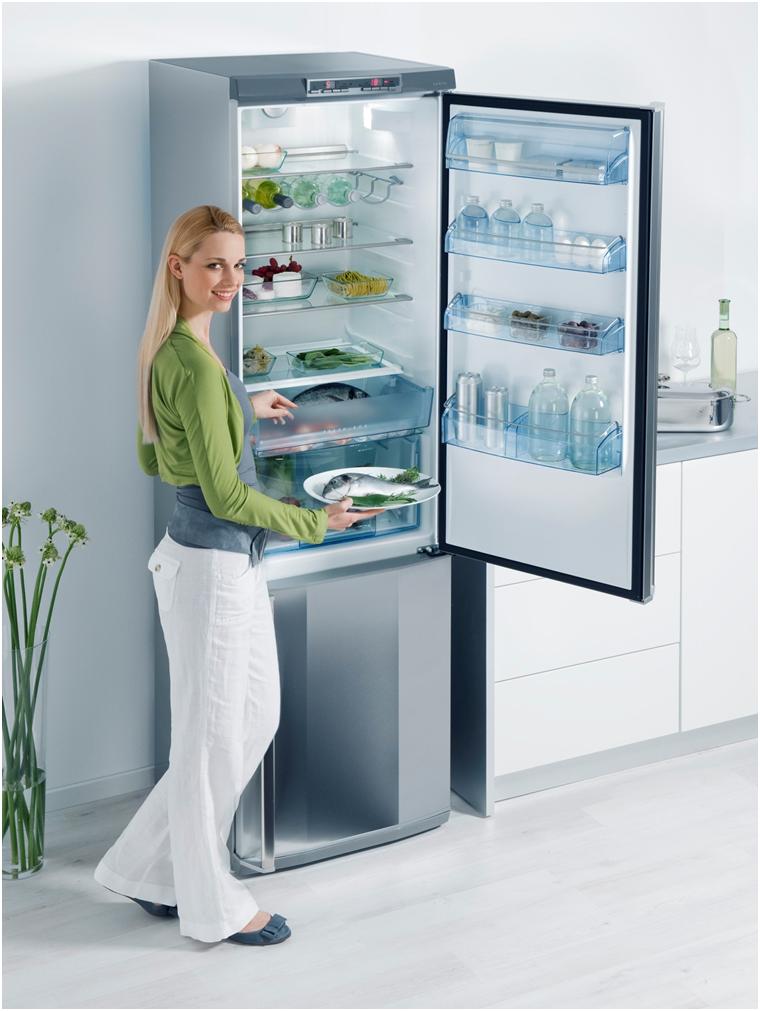 What is this system and how it is going to defrost the frost?

I think, it's not a secret to anybody, that the operation of the refrigerator with a massive snow coat is dangerous for operation of the equipment, for the products inside and for your wallet, because the energy begins to consume many more. System «No Frost» and its variations help the refrigerator is not to increase the frost. But it is important not only, what is it, but also, as
working refrigerator "Know Frost".

The first refrigerator, who tried to fight the frost, It was a drip system, who worked with the help of cooling the rear wall evaporator and the freezing chamber. The system works with several stops, in which the system is allowed to start again dripping water, then to carry out defrosting again. «No Frost» decided to issue another: he established a special fan-cooler.

This is the fan continuously circulates the cold air inside the refrigerator. This allows you to leave frost on evaporator only, which is easy to separate drain tray. This technology helps to keep your savings and your products. An important addition is, that drip system, usually, It is only present in refrigerators, but «No Frost» you will find peace in freezers and refrigeration cabinets. 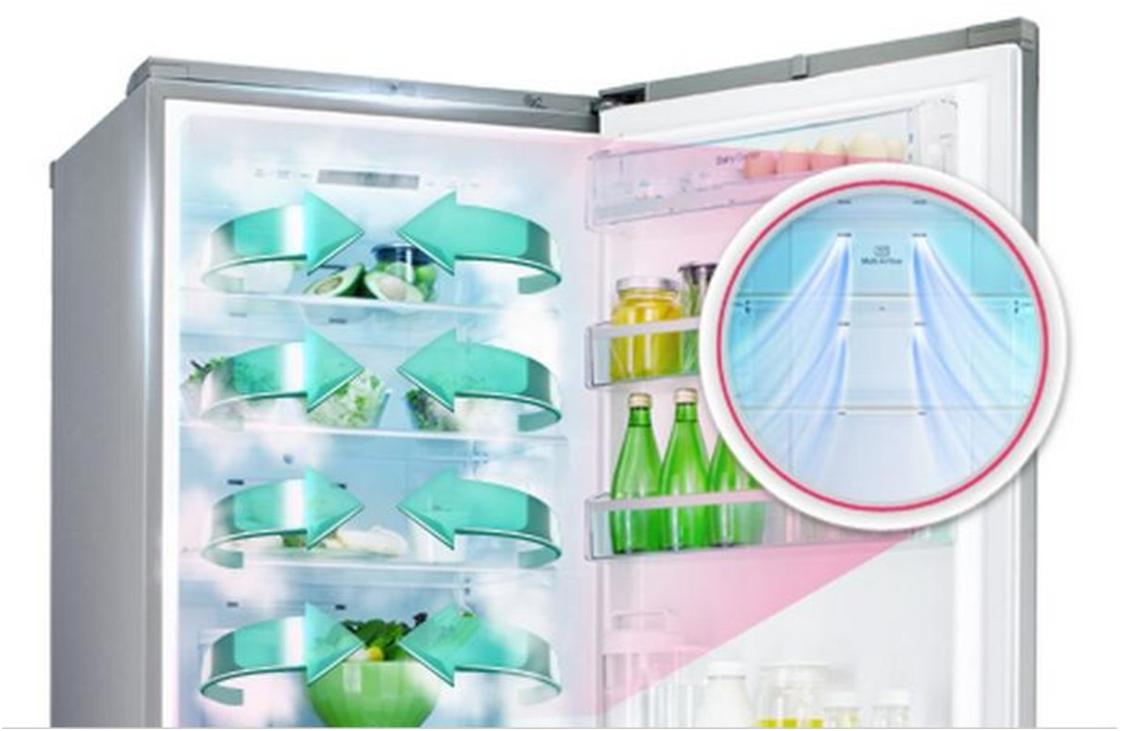 Both types differ not so much, only in the degree of utilization of the latest technology. The system «Frost Free» is a refrigerator with freezer and a drip system with the "Know Frost". In contrast to her, in «Full No Frost» we have analyzed the technology works in all parts of the device. latest, by the way, also called bi-, and it was under this name, probably, and you will find them in technical shops. And to make you much easier to identify, Do you need a system of "Know Frost" in both parts of your refrigerator, we will consider all its advantages and disadvantages.

The pros and cons «No Frost» system

Technology "Know Frost" requires a careful analysis of their positive and negative aspects, because of the increasing number of elements, having a system that, and increases the cost of the refrigerator. 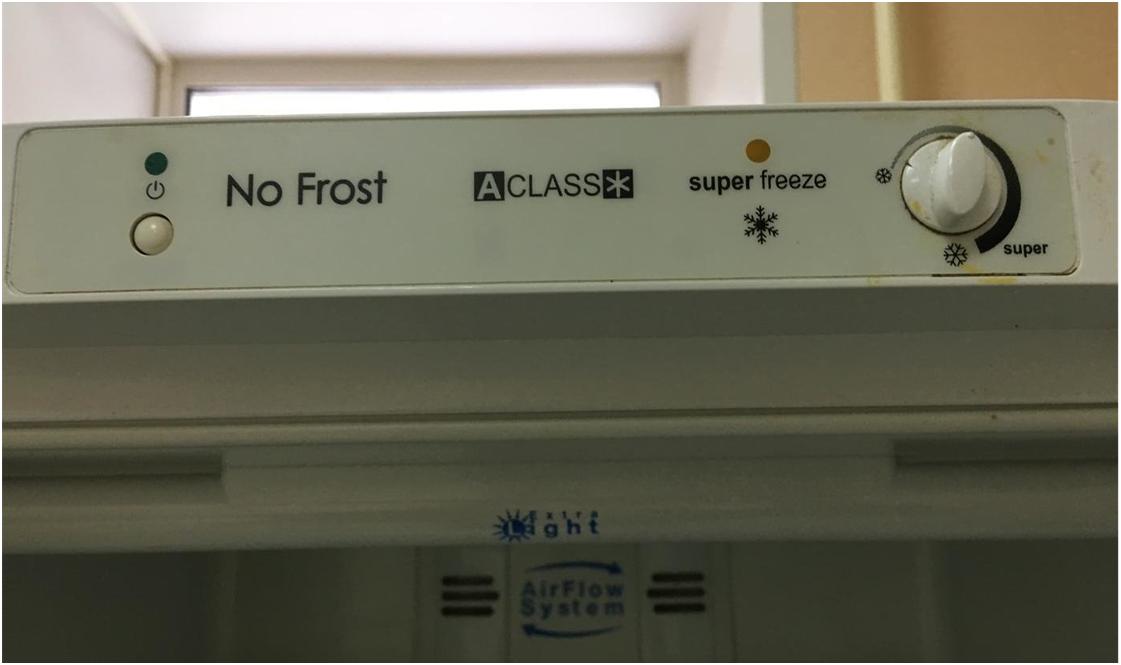 we begin, perhaps, with the pros:

But you can not do without the downsides. And the cons have the following system:

Quality and inexpensive: choose the best two-chamber or single-chamber refrigerator

We could not leave a surprise for you. In addition to stories about, what "Super Frost" in the refrigerator, how different types of this system and what are the pros and cons of her, we have to explain to you, which of the refrigerators really advantageous to choose for your purchase. let's get a look. 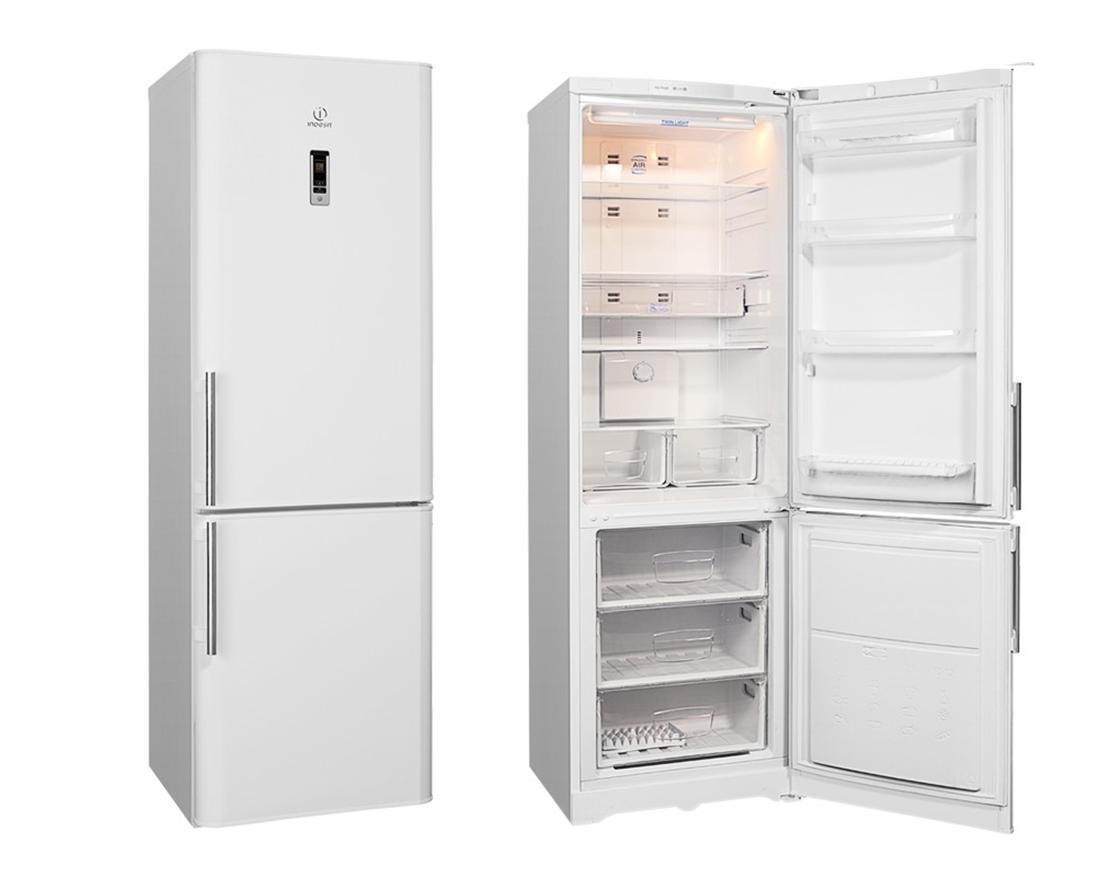 First, our refrigerator is the cheapest representative. But this does not in any way mean, Stinol that the refrigerator can be discounted! This embodiment is one compressor, but has a «Frostless» system. What is it, you can guess from the name itself: This feature is one of the variations of the «No Frost», but a little weaker than the other. But in return you get a very convenient refrigerator with lots of space and the possibility of a comfortable wash in. 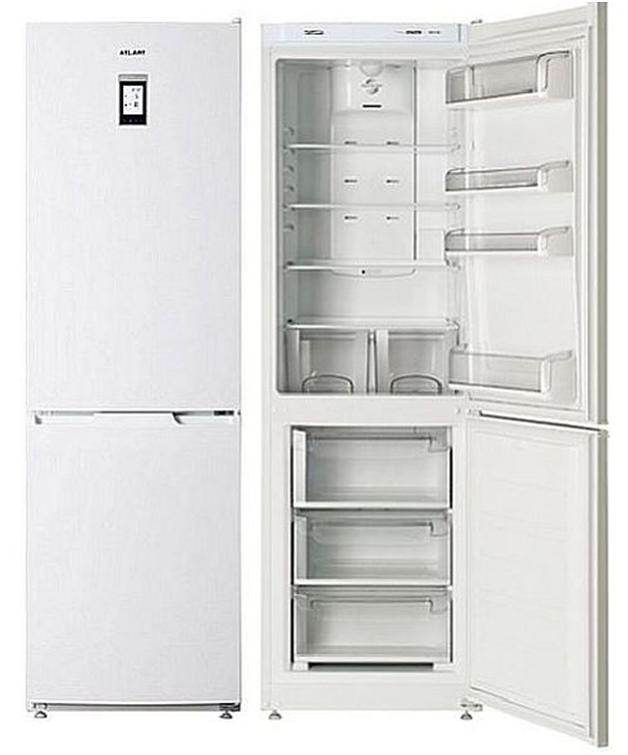 Another one budget refrigerator, deserves your attention. Although this model is in the class malogabarinyh, place in it enough. He has a good assembly, which includes the «Full No Frost» class «Premium» and interesting design with a very robust door handles. Although the price is slightly higher, than the previous model, but you get a good reliable refrigerator with separate convenient control unit. The only negative Atlanta - lights. It consists of a conventional incandescent bulbs.

The perfect combination of price and quality

1. Samsung RL-59 GYBMG - silent fridge and a perfect choice for any 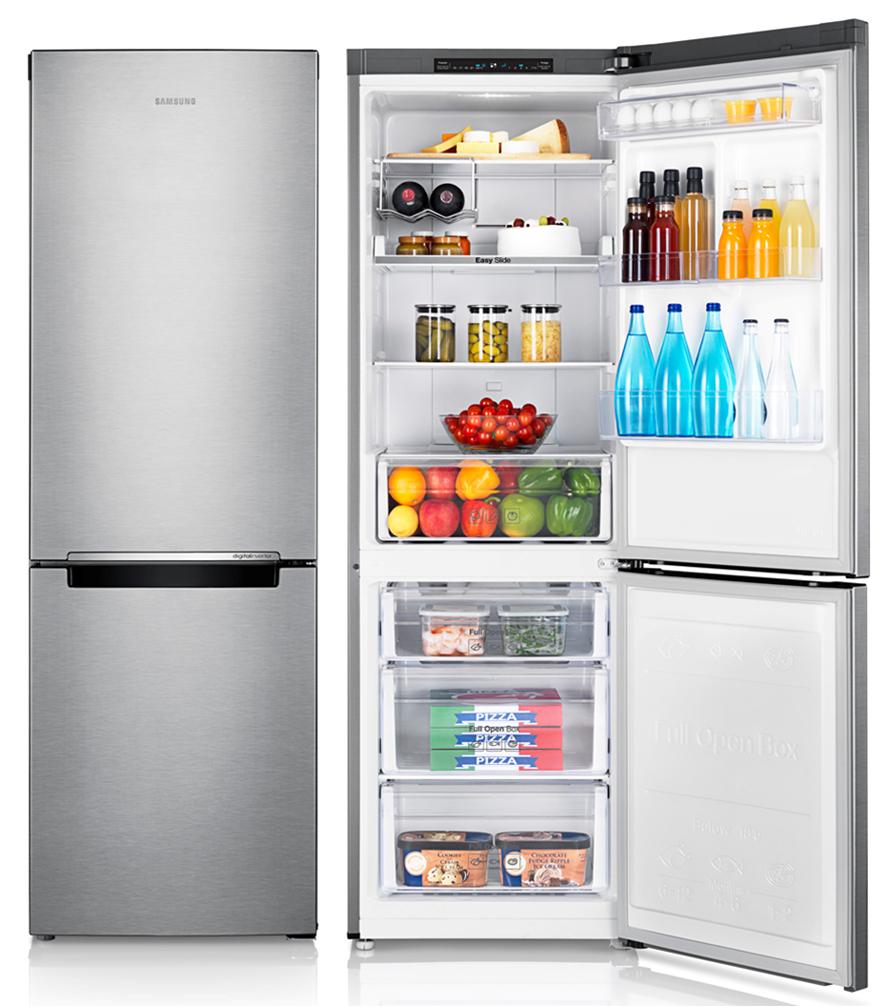 Another inexpensive, but very interesting and high-quality option. Samsung in the lead in many of the rankings of technical devices, and refrigerators market - is no exception. This refrigerator is very easy to use, It has a folding shelf, zone of freshness and intuitive settings. Besides, its value does not exceed 30 thousand rubles. Among other things,, This embodiment has a reduced noise level, which it is very important for refrigerators, main element of which is a system «No Frost». What is it, such an impossible miracle? You decide, and we believe, the only drawback is not a large opening angle of the door does not reduce the optimality Samsung RL-59. 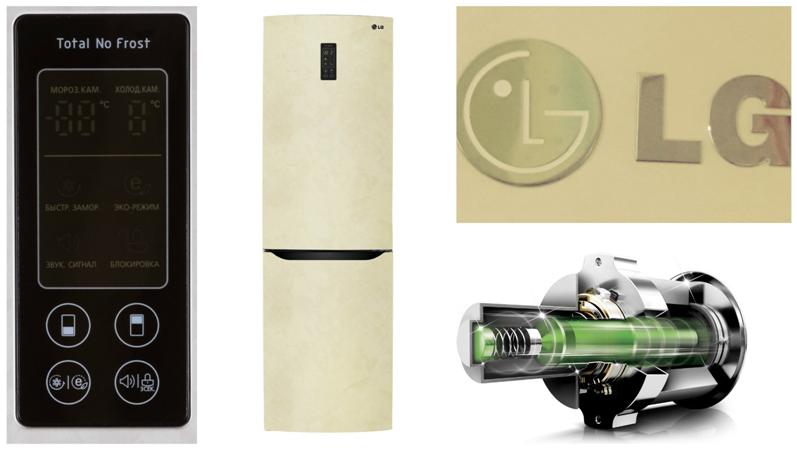 Here it is already a much more upmarket option. This can be seen even on the same system «Total No Frost», where it is not necessary to remove the moisture in both chambers, and the air pressure is evenly distributed. This fridge - one of the highest quality in its lineup, but it is different with its unique design. LG also introduced exclusively peaceful refrigerator with LED lighting on the rear wall inside and a special electronic module «Smartfrost» (what is it, simply explained: you do not need to open the door, to change the temperature inside the refrigerator). Well, the price is fully consistent with its quality.

The most expensive options 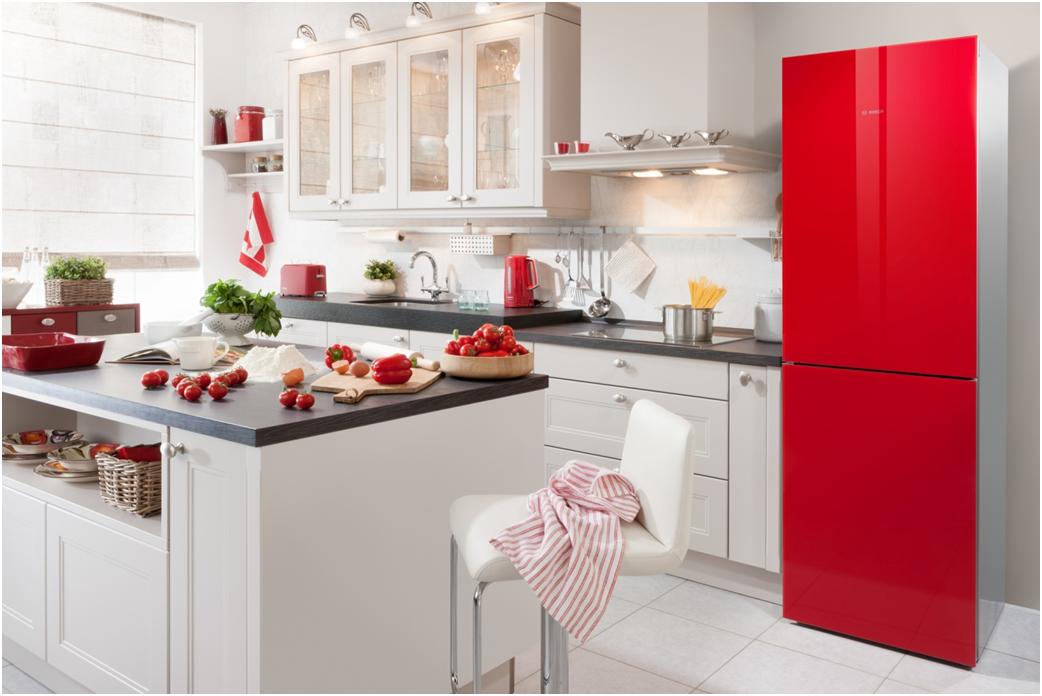 What can we get a lot of money? Quite a bit of! In addition to the tasty and modern design "metallic" with decor by broken glass, which color, by the way, can choose, you get a fridge in two meters tall with a bottom freezer and a large amount of capacity. You can definitely count on quality defrosting refrigerator compartment, «No Frost» in both chambers, LED lights on the sides and touch-screen display and a complete lack of odor. Also, you will have a lower temperature zone for fish and meat. All shelves are made of tempered glass, which can only beat a strong blow hammer. If you are willing to pay a very large sum, but get quality, several times higher than counterparts, then this option is for you!. 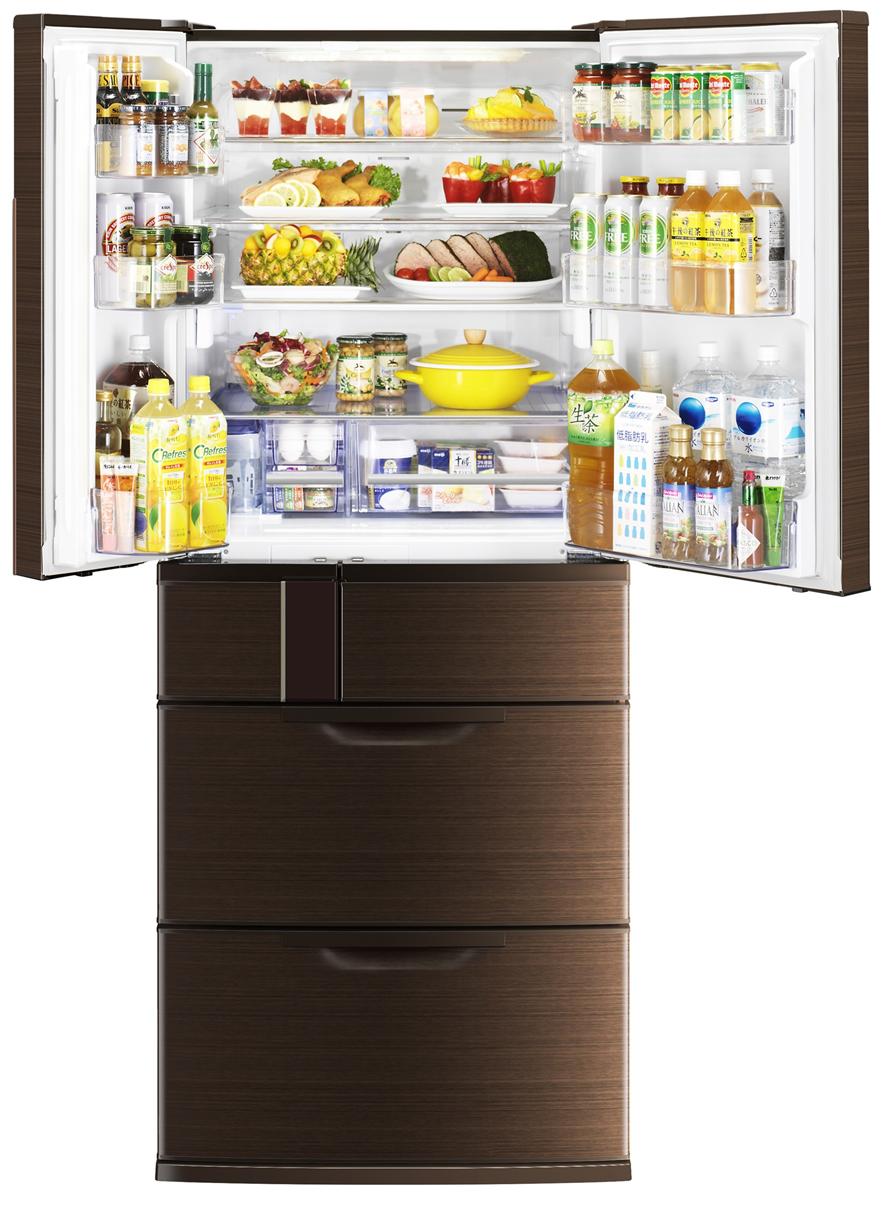 And here is the most expensive refrigerator, among those represented here. This "Japanese" plug in his belt all its build quality. It is famous ekologicheskichistoy supplied to ice water and a special camera for long-term storage of perishable products, soft frozen, allowing not defrost podukty. Among other things,, besides «No Frost» the refrigerator includes «Hot Freezing» technology «Neuro Fuzzy».

The first separate from the primary cooling works with more hot products, napryavlyaya them more threads. Second podstrivaetsya under its owner's life, choosing the best time to activate a particular function. Cons in this variant is not at all.

Summing up, I can confidently say, the technology «No Frost» is simply necessary in the realities of our time.

You can arbitrarily convenient, well-lit, smart and surround refrigerator, but without the proper operation of freezing and thawing you will always have to suffer, independently carry out work on defrosting and at a cost of a large amount of time and effort. therefore, strongly advise you to look at this system and find, and perhaps choose from our options best. 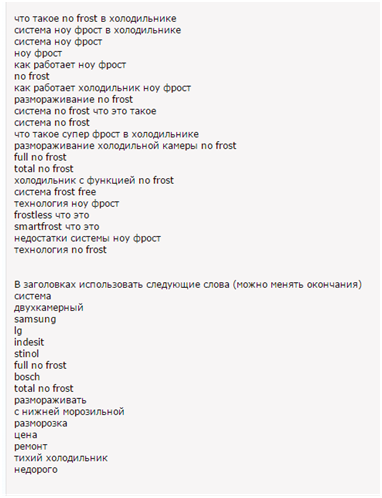